Long cutlery in the boxes are aligned uniformly, small cutlery fall in the same direction. After reaching the preselected number of units per box, the inlet stops. It is ensured that the count in the boxes is always exactly correct. During the exchange of boxes, the detected cutlery is buffered in the System.

The CSS-3500 and CSS-8500 can be customized with the following Options:

The CSS-3500 and CSS-8500 respectively sort as the base model reliably the four basic parts knife, fork, spoon and small spoon. The CSS-3500 or CSS-8500 sorts and recognizes up to 12 parts in the final version. The robust stainless steel construction with its high-quality components ensures running safety and longevity with minimum maintenance. 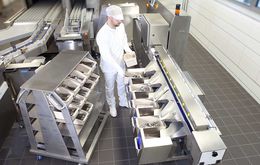 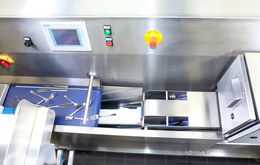